I found your #AuthorApril: F is for Floyd Cooper #AtoZChallenge a fun, fabulous read. (Did you see what I did there or was it too far-fetched;) The other day I mentioned I love to escape into books: #AuthorApril: E is for Escape, Edits, & E. Lockhart. In the books I write, upcoming YA Romantic Thriller, Starr Fall and NA Thriller, And Then He, the main character is always escaping from something whether it be a secret organization or a hot, sexy stalker. I love writing thrillers, and I love reading thrillers, and author, Gillian Flynn, is one of my favorites.

On a warm summer morning in North Carthage, Missouri, it is Nick and Amy Dunne’s fifth wedding anniversary. Presents are being wrapped and reservations are being made when Nick’s clever and beautiful wife disappears. Husband-of-the-Year Nick isn’t doing himself any favors with cringe-worthy daydreams about the slope and shape of his wife’s head, but passages from Amy's diary reveal the alpha-girl perfectionist could have put anyone dangerously on edge. Under mounting pressure from the police and the media—as well as Amy’s fiercely doting parents—the town golden boy parades an endless series of lies, deceits, and inappropriate behavior. Nick is oddly evasive, and he’s definitely bitter—but is he really a killer? 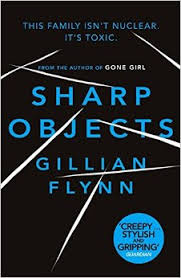 Fresh from a brief stay at a psych hospital, reporter Camille Preaker faces a troubling assignment: she must return to her tiny hometown to cover the murders of two preteen girls. For years, Camille has hardly spoken to her neurotic, hypochondriac mother or to the half-sister she barely knows: a beautiful thirteen-year-old with an eerie grip on the town. Now, installed in her old bedroom in her family's Victorian mansion, Camille finds herself identifying with the young victims—a bit too strongly. Dogged by her own demons, she must unravel the psychological puzzle of her own past if she wants to get the story—and survive this homecoming. 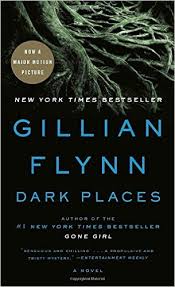 Libby Day was seven when her mother and two sisters were murdered in “The Satan Sacrifice" of Kinnakee, Kansas.” She survived—and famously testified that her fifteen-year-old brother, Ben, was the killer. Twenty-five years later, the Kill Club—a secret secret society obsessed with notorious crimes—locates Libby and pumps her for details. They hope to discover proof that may free Ben. Libby hopes to turn a profit off her tragic history: She’ll reconnect with the players from that night and report her findings to the club—for a fee. As Libby’s search takes her from shabby Missouri strip clubs to abandoned Oklahoma tourist towns, the unimaginable truth emerges, and Libby finds herself right back where she started—on the run from a killer.


Gillian Flynn writes stories about characters who live on the edge of a knife, a razor, or absolute darkness. Common sense dictates that reading about knives, killing, and traumatic experiences is in fact not an escape at all. I disagree, and millions of other readers do too. I want to sit in my beach chair, with my toes in the sand, and listen to the gentle roll of the waves, with a fruity drink in one hand and my book in the other, but I don't want to read about a character who is doing the exact same thing. I want to know about the inciting incident that made that character want to escape to the beach or the sexy lifeguard who casts a shadow across the sunbathing book reader. I want to escape into a world different than my own, and if that world includes knife-toting stalkers, so be it.

What makes you go read?

By KB/KIM January 15, 2018
Today is the day! STARR LOST, BOOK 2 of the STARR FALL SERIES is only... and I need your help. I've purchased ads from some major social promoters, and if all goes well, STARR LOST will make it to the bestselling list.  Amazing things happen to authors and their books when they make the Bestselling list, so if you could purchase a copy or two (or three) for 99 cents it'll help hurl me to the top. So, let's see what happens when we all combine our buying power together. SUPPORT KIM BUY STARR LOST Ebook for $.99 AMAZON USA AMAZON CANADA AMAZON UK AMAZON AUSTRALIA And to thank you for your WRITER LOVE, I'm running a  $10 AMAZON GIFT CARD GIVEAWAY... to enter, email a copy of your receipt to KimBriggs [@] KimBriggsWrite.com. a Rafflecopter giveaway Write on, Kim
4 comments
Read more