Have I got a surprise for you!!! Well, I should say I have SEVERAL surprises...First, Lori Ann Palma from Eastern PA SCBWI chapter interviewed me for the upcoming 25th annual Pocono Retreat. Here's a quick excerpt from the interview:

Posted on April 12, 2017by EasternPennPoints

If you’ve been enjoying our series of author interviews, then you’ll definitely want to read on for my one-on-one with our very own Kim Briggs! Kim is often behind the scenes working her magic for the SCBWI Eastern PA chapter, but today she’s answering my questions about writing, time management, and her path to publication.
To read more... (but then come back because I've got TWO more surprises.)

I've got not one, but two exciting events going on from Inkspell Publishing Authors. A Cover Reveal for Enchanter (The Giver of Life Trilogy #1) by Kristy Centeno and Book Release Day for Love Song by K.G. Fletcher. I read Kristy Centeno's Deliverance and LOVED it. The doctor reminds me of a certain person in power--eeringly similar. I read K.G. Fletcher's Unexpected last winter and it helped me get through a subzero stretch of January feeling all warm and fuzzy, and the biggest twist of the book caught me by surprise.

Drum roll for the cover reveal of ENCHANTER... 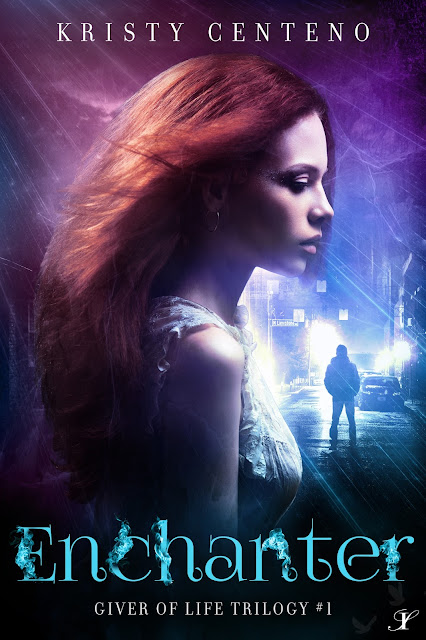 Blurb:
They have a past. But will they have a future?
Leah Parker is resilient and hardworking. She’d always prided herself in maintaining a level head, even under pressure. Everything changes when she begins to see strange apparitions and hear ghostly voices on the morning of her birthday.
In a blink of the eyes, Leah’s life takes a drastic turn that spirals her into the unknown. Something is out to get her, but she’s unsure if she’s losing her mind, or the faces and demands of the dead are real. Unable to find the answers she needs, she has no choice but to rely on ex-best friend, Brandon Morris, for help.
But as she will soon discover, Brandon has his own secrets. Some of which defy logic and only add to the mystery surrounding Leah. And mix feelings between the two complicate matters by getting in the way of what they really want, and what they must do.
Can Brandon lighten the load on her by figuring out what or who wants her dead? Or will their past history get in the way of the storm brewing just beyond Leah’s grasp?

“Are you scared of me? Is that it?” As if to make a point, he covered the distance between us in three short steps, and backed me off into the landing to the stairwell behind me, stopping only when our bodies were a few inches from coming into physical contact. The invigorating scent of his cologne invaded my nostrils, causing my mind to go into total and complete turmoil.
I shut down, unsure how to react. I hadn’t anticipated being cornered in a vulnerable spot where we were shielded from view. Normally, I was a sucker for guys who smelled as good as he did, but this was Brandon Morris. I couldn’t decide whether to lean closer and inhale slowly, or scream and push him away.
“Are you?”
I wanted to deny his accusation, but he could see the truth in my eyes. It was pointless to pretend as if he hadn’t just sent my heart into a race. By then he could see how badly I shook. I could not disguise it fast enough for him not to notice.
“Should I be?” I asked softly, fear forcing my voice to quake.

About Kristy:
Kristy Centeno is the author of the Secrets of the Moon saga and Keeper Witches series.
She has always had a passion for books and after years of being an avid reader, she decided to transform her desire to write into a reality and thus, her first novel was born. When she’s not busy taking care of her five children or holding down the fort, she finds time to sit and do what she loves the most: writing.
Website Facebook Twitter Goodreads Blog Amazon Pinterest

I can't wait to start that series...I've got a series addiction that I don't intend to kick. 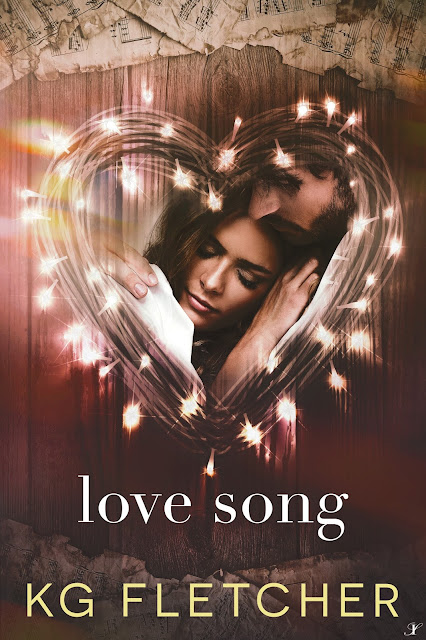 Blurb:
Her heart searched for a melody. Will the love song she finally hears be loud enough to drown out the screaming memories of her past?
Back-up singer Casey lived the old anthem, “work hard, play harder.” When she meets handsome sub-drummer, Sam Wildner on a gig, their attraction is immediate. The two musicians forge ahead in a dizzy rhythm of passion and music, both impressed by each other’s harmonious abilities. When Sam learns of Casey’s family trauma involving her sister’s abusive ex-boyfriend, he commits to being there for her and her young niece who is caught in the middle.
The melody of their love song rings loudly in Casey’s ears as she and Sam navigate the precarious fast lane of jealousy, murder and rock ‘n roll.


Love Song Excerpt
Casey stared at her reflection in the hotel bathroom in disbelief. Her false eyelashes from the show the night before clung haphazardly to her eyelids, looking more like insects than lashes. She pulled them off quickly, shaking her head in disgust. She covered her face in makeup remover and started to clean off the heavy show makeup just as her phone pinged with a text message. Sitting on the toilet lid, she woozily looking at the screen.
“I won…” It was a message from Sam that included a smiley face emoji.
She immediately texted back. “How did I get to my room? OMG, I’m mortified!”
Her phone rang. She hesitated before answering, not sure if she was ready to hear about her after-hours escapades. She was disgusted with herself for letting her drinking get away from her—again. She usually only drank beer and had no idea why she’d started drinking the hard stuff in front of her friends. Perhaps she was trying to feel relaxed around Sam, whom she was genuinely attracted to. And then, of course, he started egging her on in their little impromptu drinking contest. Why did she play along? What had gotten into her?
“Hello?” Her voice was raspy and she realized she was dying of thirst, the very thought of gin making her gag.
“Hey you. How ya feeling darlin’’?” She could tell that Sam was smiling on the other end.
“Ummm. How do you think I’m feeling?”
He laughed.
“Was I a complete idiot? Did I embarrass you in any way?” She suddenly felt nauseous thinking about all the drunken scenarios that could have happened in her vulnerable state. If her overprotective sister knew what she had done, she’d be livid.
“No. You were a very good girl. A little drunk and quiet, but very good. Rocky and I helped you back to your room. I hope you don’t mind that I had to look through your little purse to get out your room key.”
“Oh…. yes, that’s okay. That’s fine.” She fingered the soiled washcloth in her hand, not sure what to say.
“I have your jacket. You left it in my room—”
“I was in your room?” She started to panic.

About KG Fletcher:
KG Fletcher is the author of the romantic suspense novel, Love Song released in April, 2017 and Unexpected released in December, 2016. She is an active member of RWA and the Georgia Romance Writers Association. She was a singer/songwriter in Nashville, TN and a recipient of the “Airplay International Award” for “Best New Artist” showcasing original songs at The Bluebird Café. She earned her BFA in theater at Valdosta State College and has traveled the world professionally as a singer/actress. She currently gets to play rock star as a backup singer in the National Tour, “Remember When Rock Was Young – the Elton John Tribute.” (www.almosteltonjohn.com )
KG lives in Atlanta, GA with her husband Ladd and their three gorgeous sons. She is a hopeless romantic continuing her work on her original cabaret act called, “The Novel Romantic – an unexpected evening of sweet & spicy love” to help promote her romance novels. Her third novel, The Nearness of You, will be released in October, 2017.
Website: www.kgfletcherauthor.com
Twitter: www.twitter.com/@kgfletcher3
Instagram: www.instagram.com/kellyf9393/
Facebook: www.facebook.com/@kgfletcherauthor
Amazon: www.Amazon.com/author/kgfletcher
Cabaret Act: www.kgfletcherauthor.com/cabaret.html

Two authors to check out with loads of books to their credit! You can't go wrong spending your weekend reading!