Today I get to reveal the cover of Starr Lost, Book Two of the Starr Fall Series with Inkspell Publishing. Najla Qamber Designs has done it AGAIN. I've shared pre-order buy links, and I want the world to meet Di because she is freaking amazing. She's an ass kicking Goth--what's not to love? 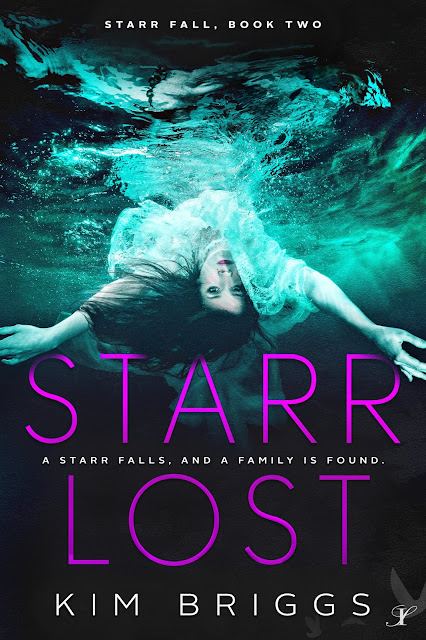 GORGEOUS RIGHT?!?! I am sooooooo in love with it!
Here's the Buy Links. Pre-order so you don't miss Book Two.


A Starr falls, and a family is found.
On the run from the Organization, Starr and Christian find safety on the Qualla Boundary with their friends, Ben and Coda, but Starr needs answers. She owes her dear dead friends, Sami and Jody, that much. She forms a team of her own to fight the general and his recruits.

Di, a mutual friend and anti-everything is a no-brainer, plus her Taser will come in handy. Frank, Starr’s BFF, will put his life on the line for her. Ben and Coda, not to be outdone by Starr’s friends, also swear their allegiance. Christian’s the only hold out. He knows what the Organization is capable of. He has the beaten body to prove it, but when Starr wants something, she gets it.

Now that the team’s together, everything should be perfect. Trouble is Starr loves Christian but so does Di. And Frank, well, he’s never been very good at hiding his love for Starr. Will his four-year long crush on her threaten the safety of the team?

Life becomes tense on the Qualla Boundary, sparks fly, and the Organization is about to smash in their door.

Starr Lost continues with the action and the romance. Starr meets Jude (that guy who helped her save Christian). Di and Frank get chased by the Organization in Webster and New York City before they even know the Organization exists. Starr, Di, and the rest of the team figure out who (or what) is behind the Organization. Plus there's kissing and assassins and kissing assassins! When I say life becomes tense, I'm not exaggerating.

The morning drags on period after brutal period. Contemporary Issues used to be my favorite class—that is until Starr and Christian disappeared. Now New Lifer Tammy dominates every discussion, including weather updates with her conservative agenda. I’ve taken to sharpening my fingernails into points. And don’t even get me started about Chemistry with Morris. That should be self-explanatory. Of course, English Lit’s all right. I miss Starr, but One Flew Over the Cuckoo’s Nest sorta reads like my personal memoir.

When the bell finally releases us, we scamper like Pavlov’s dogs to the cafeteria. A few underclassmen fall victim to a well-placed shove as I barrel down the stairs, but no one dares complain. No one wants an up-your-junk meeting with my Docs.

My first problem arises when Mr. Hollywood isn’t at the designated meeting place. Most likely, he’s caught up with Little Red in a well-lit corner trying to pull an R-rating to her PG-13, but if he doesn’t show soon, I’ll smash my bag across his head and drag him out into the street.

I take my time selecting a lunch tray. My choices? Insane asylum pink or puke green. Hmmm, let’s select the most disgusting shades on the color wheel to make the cafeteria food appear more appetizing. I grab insane asylum pink, realize Mr. Hollywood’s still a no-show, turn back to the rack, and exchange it for puke green. If I don’t enter the food line soon, a Spork wielding wannabe rent-a-cop will start harassing me. Then my next problem becomes everyone’s problem and I’ll probably make a scene and get kicked out of school—which could work to my advantage…I might have to consider that as Plan B. For now, I’ll stick to Plan A.

Di kicks some serious ass throughout the series. I hope you love her as much as I do. Here's the author info (like you don't already know who I am, but it's part of the media kit). 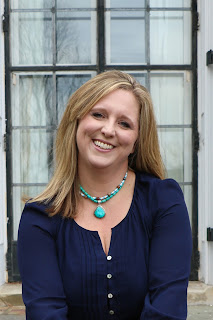 About the Author
Kim once smashed into a tree while skiing. The accident led to a concussion, a cracked sternum, temporary notoriety as a sixth grader returned from the dead, and the realization that fictionalized accounts are way more interesting than just slipping on the ice.
An unhealthy obsession with conspiracy theories combined with a love of travel and happily ever afters led Kim to write her YA novel, Starr Fall, where a secret organization decides Starr Bishop would make the ideal assassin. While in hiding, Starr meets dark, moody, and dead sexy Christian Evergood. Cue the swoon worthy music. But it’s not all happily ever afters for Kim, her NA novel, And Then He, explores the dark and scary corners of the human psyche. Following a night of innocent flirting with a handsome stranger, Tiffani finds herself in the midst of a nightmare she can’t escape. And Then He is available now through Amazon and other major book retailers. Starr Fall, Book One with Inkspell Publishing is available now through Amazon and other major book retailers. Starr Lost, Book Two of the Starr Fall series releases January 5, 2016. Starr Gone, Book Three of the Starr Fall series releases June 2017.
When she’s not doing something writerly, Kim can be found jumping into snow drifts with her three kids, husband, and dog. She’s careful to avoid trees.

Visit her website and sign up for updates: www.KimBriggsWrite.com
Chat with her on Twitter: @kimbriggswrite
She shares writing love with her INK Sister Alison Green Myers at INK Sisters Write http://INKSistersWrite.Blogspot.com